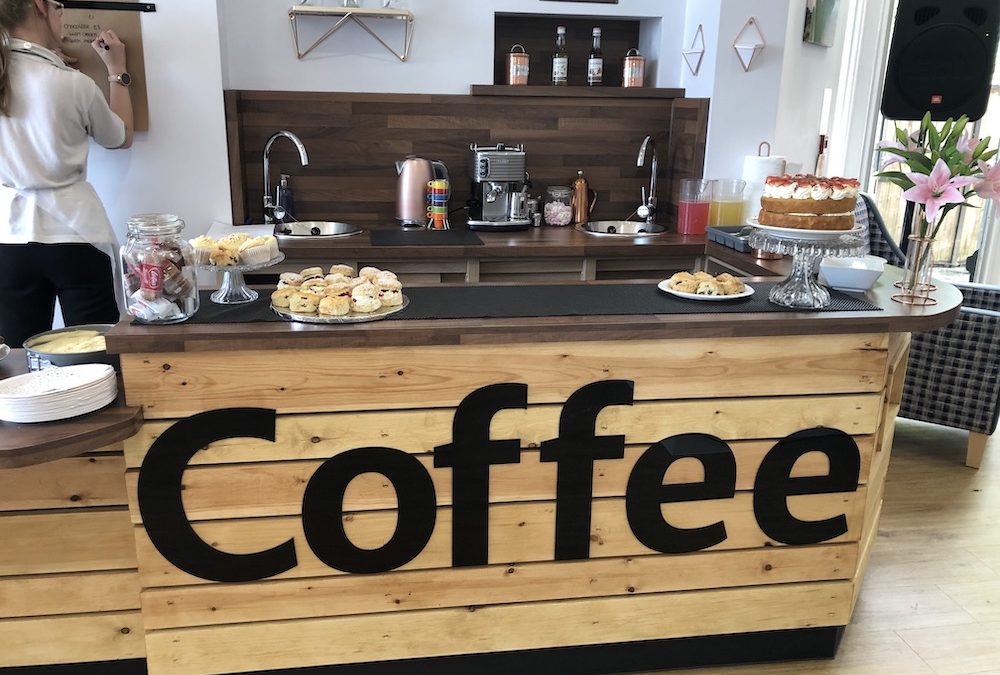 A co-production event at Heathfield Apartments

Commanding an elevated position overlooking the bay in Swansea, Heathfield Apartments, one of Fieldbay’s sites, has recently undergone a major refurbishment taking the number of rooms at the premises down to 10 from 14.

Part of this refurbishment included the co-production of a cafe/lounge facility which has been named as the Espresso Palace, and which held its Grand Opening in May 2020. The event was attended by staff and tenants and formally opened by Paula Lewis, Director of Fieldbay.

“It was a real privilege to be able to formally open the cafe. There have been months of work behind this project that has come together with input and contributions from the tenants and the staff. It really has been a team effort! To watch the tenants cut the ribbon to unveil a project they had been working on was a real heart-warming moment for me. I have no doubt that this facility will bring joy to many people!” said Paula. 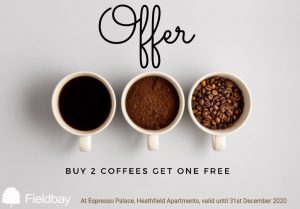 uy 2 coffees and get one free!

For details of our special offer, available until 31st December 2020, please click the image to download a PDF voucher!

How the project developed

The idea of having a cafe was first discussed within the management team at Fieldbay back in November 2019. The Envivo Group, the parent company of Fieldbay, agreed to fund the project and work began to involve tenants in the plans.

As a co-production project, tenants were asked for their ideas and input on decor, fixtures and fittings, menu choices and of course, the name of the cafe.

Initially, meetings were held with staff and tenants face to face but as lock down happened, meetings were held virtually with the use of iPads for the residents in the ‘Hobby Hut’ at the site. These were lively discussions where everyone’s ideas were incorporated.

“Co-producing this has helped the people who live at the apartments to feel the cafe is their space because they have been heavily involved in its creation. As a result they are much more likely to use the space which has been designed by them, not for them. This gives them a sense of achievement and belonging, a sense that the apartments are a home to be proud of.”

Coming up with a name for the Cafe was a real fun moment, everyone was asked to contribute a suggestion and all names put in a hat. When the name was drawn everyone was in agreement and pleased with the outcome. Espresso Palace it was!

Several of the tenants have volunteered to run the cafe and they decided as a group on costings. The cafe will be self generating to cover the cost of replacement tea, coffee etc. The team are now working on a project to develop a social enterprise providing a link to the local community and improving people’s wellbeing.